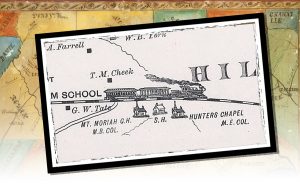 In 1849, legislation created The North Carolina Railroad – at least on paper. But before tracks could actually be laid, someone had to decide exactly where the line would run. Some of those decisions were driven by engineering considerations. Some decisions were shaped by demographics. And some decisions – we should not be surprised – were influenced by the voices of those with money and power.