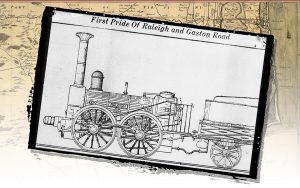 As the balance of political power in 1830s North Carolina shifted from the conservative Democratic Party to the progressive Whig party, it became apparent that after years of debate, North Carolina's first railroads would be built. Left to be decided was where those rail lines would lie on the land and who would build them.