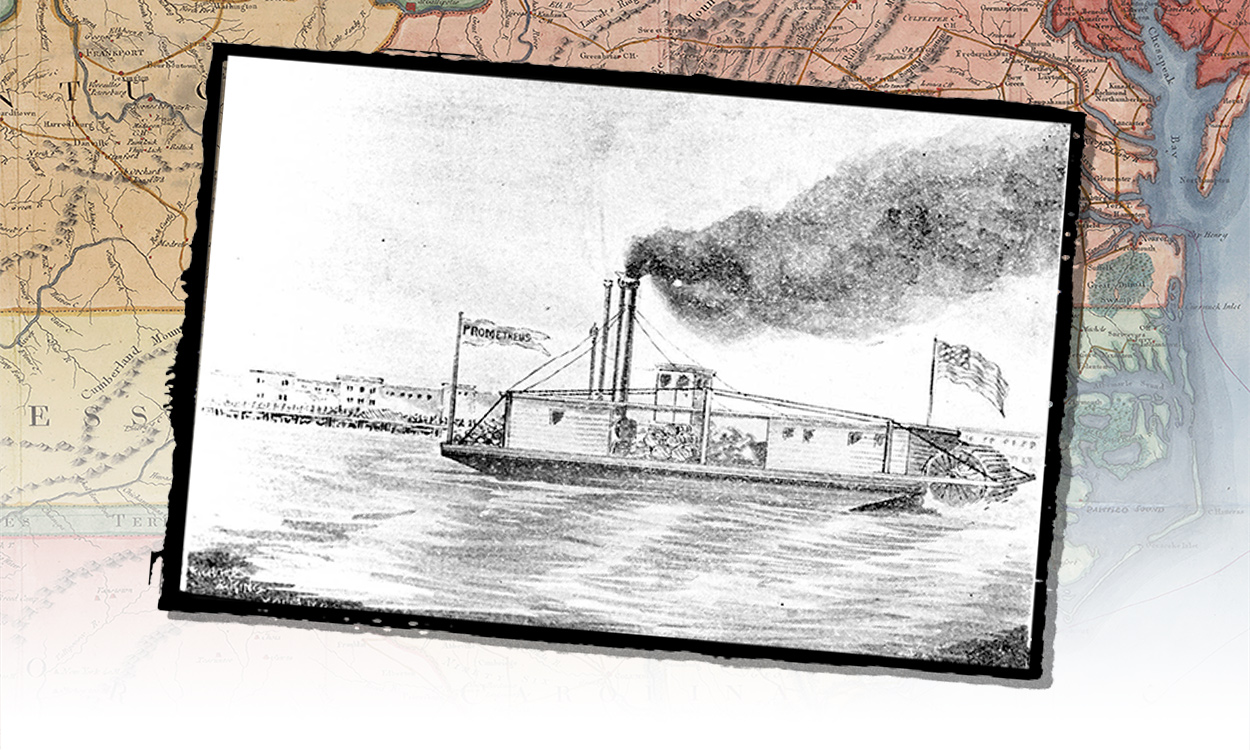 Prometheus Steams Into a New Era of Transportation

Prometheus helped introduce the our state to the age of steam.

The North Carolina steamboat Prometheus was one of our state’s first generation of modern river navigation.

An 1815 legislative committee chaired by Archibald Murphey recommended that North Carolina embrace a promising new technology: steamboats.  But it was not until 1818, after false starts and unfulfilled proposals, that the steamboat era in the state actually became reality. In April of that year, the New Bern & Norfolk Steamboat Company took delivery of the steamboat Norfolk, built in Norfolk, Virginia. Three weeks later, North Carolinian James Seawell launched Henrietta in Fayetteville. Henrietta was the first steamboat to be built in North Carolina.

Seawell petitioned the state legislature and was awarded a seven year monopoly to operate steamboat service between Fayetteville and Wilmington. This was a common arrangement at the time, designed to give some economic protection to steamboat owners as the business was in its startup phase.

Prometheus launches from a shipyard in Swansboro.

Later in 1818, Otway Burns launched the North Carolina steamboat Prometheus from his shipyard in Swansboro, and the little sternwheeler began providing regular service between Wilmington and Smithville (now Southport). Prometheus would puff along on the Wilmington-to-Smithville run for seven years. Her most famous passenger was United States President James Monroe, whom she carried to Fort Johnson on an inspection tour. In 1825 Prometheus was taken out of service, unable to compete with newer, more powerful boats. 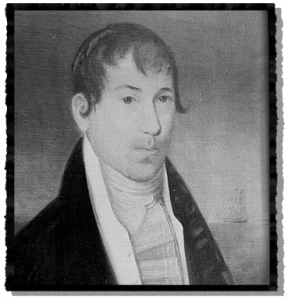 Otway Burns was born in 1775 in Swansboro, on the White Oak River. As was common for a young man on the Carolina coast, he took to the sea. Burns rose to become a captain of merchant vessels, and in partnership with Edward Pasteur, a local physician and plantation owner, he operated a maritime trading business up and down the coast.

When the War of 1812 erupted between The United States and England, Burns and Pasteur saw opportunity. They purchased a fast Baltimore clipper ship, renamed it Snap Dragon, and on August 27, 1812, received a commission to operate the vessel under a letter of marque. A letter of marque granted to a private citizen (a “privateer”) the right to capture ships belonging to a country at war with the nation granting the right. Upon capture of a prize, the privateer brought the case before a court, which granted ownership of the ship and its cargo to the captor. Letter of marque privateering – combining patriotism and entrepreneurism – was an honorable, respected, and often lucrative undertaking.

Ranging between Nova Scotia and the Caribbean, Snap Dragon was highly successful in capturing or destroying British shipping, earning Burns significant fame and money. After the war, he entered into several business ventures, including the shipyard at Swansboro from which Prometheus would launch.

Prometheus, Henrietta and Norfolk were the first generation of steamboats plying North Carolina rivers. Following their lead, and lasting well into the 1900s, more than 100 steamboats would operate in the state.

A good read on Carolina steamboats is Carolina Riverboats and Rivers: The Old Days, by Earl White.