You can click any picture or title to read the full story. 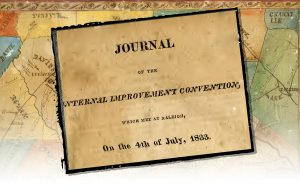 Internal Improvements and the Soul of America

North Carolina’s 1800s debate over internal improvements – essentially a public policy debate over transportation infrastructure – was often a tactical battle over a specific canal, turnpike or railroad project. But it was also a broad referendum on the soul of America, and that aspect of the 1800’s debate lives on even today. 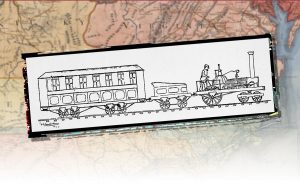 In the late 1820s and early 1830s, there was great public excitement about the prospect of building North Carolina’s first railroads. Our state was one of the first to show interest in the new technology. But powerful conservative voices resisted the intrusion of this modern contraption into a hallowed economic and social order. It would be a decade before North Carolina had an operational railroad. 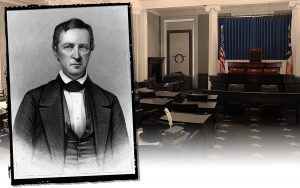 In January of 1849, a potentially historic, but highly contentious railroad act came before a polarized North Carolina Senate. The House had passed the bill, but only by a narrow margin. In the Senate, floor debate was acrimonious. Then the vote was called. Deadlock: 22 ayes; 22 nays. A hush fell over the chamber and all eyes turned to the dais, where President of the Senate Calvin Graves rose to cast the deciding vote. 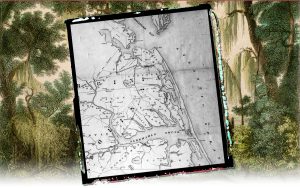 With no quality seaports available to them in North Carolina, colonial plantation owners looked longingly at the bustling port of Norfolk as a jumping-off point for external markets. But how could they transport goods north? Hey, why not dig a canal? All that stood in the way was 2,200 square miles of “… a vast Body of mire and Nastiness.”